Tenant farmers across Scotland had until 12 December 2020 to consider if they have improvements to notify their landlord about, under the waygo amnesty.

Tenant Farming Commissioner, Bob McIntosh has created a Code of Practice: Amnesty on Tenants’ Improvements which explains how the amnesty works and the procedures to be followed. He has also produced Supplementary Guidance to the code which reinforces the importance of the amnesty and provides information on the conduct of amnesty negotiations.

To aid tenant farmers and landlords with the amnesty process CAAV and SAAVA have developed a model form of an Amnesty Agreement and an example of how to list and describe items to include as a schedule in the Agreement. 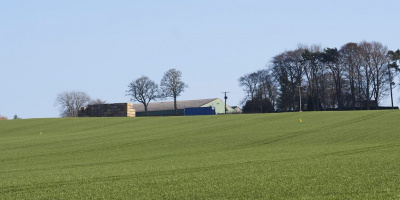 Amnesty – Template for application to the Land Court

This leaflet provides information and case studies for tenant farmers on how the amnesty works and the procedures to be followed.

This code of practice has been issued by Scotland’s Tenant Farming Commissioner (TFC) after consultation with, and with the support of, Scottish Land and Estates (SLE), the Scottish Tenant Farmers Association (STFA) and the National Farmers Union Scotland (NFUS). It is issued under the authority of the Land Reform (Scotland) Act 2016.